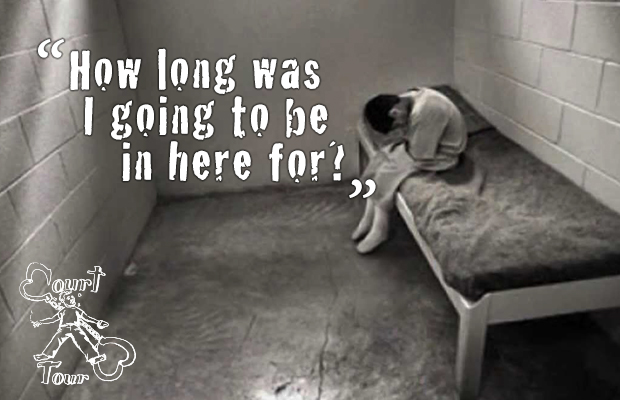 Chow time was at the appalling hour of 3 a.m. I am not a person who just eats a single meal and is ready to go–I am a binge eater; stuffing my face in small portions as the day grows older. With this in mind, I stowed an orange under my shirt for later.

My name was called over the eerie intercom as I sunk back into my bed. The sun hadn’t even come up and the doctors wanted to give me more drugs.

“Look at you,” the nurses accompanying C.O. said to me as I swallowed the prescription put forth. “What are you doing here? Man, you look like a good kid. You care about your appearance. I can see that you shave to look up-kept, not like some of these people who obviously don’t give a shit. You’re a good kid, go talk to a judge and get the fuck out of here.”

“Thank you, sir,” said I, turning around to go back to my bunk.

“Has anyone told you that you look like Ethan Hawke?” Forcing a fake laugh through my lips, I turned around, rolled my eyes, and dragged my feet back to my bunk.

The Xanax, or whatever it was, already had a grip on me. The familiar feeling of exhaustion gripped my entire body, and I fell asleep.

When I awoke, it was almost 8 a.m. How long was I going to be here?  I must have surely missed a chance with seeing a judge. Another day would be spent in that Ken Kesey setting.

A blonde kid, not much younger than I, sat next to me in his bunk with a broken leg and an IV running up his leg, into the jail house pants that were fading from a yellow to a soft beige. He was reading a book, so I asked him if there was anywhere a book could be found in the broad medic block. Without eye contact and silently, he pointed to a distant corner of the block where I could find some literature.

All the books were in Spanish, except for two. The one that caught my eye was a collaborated science fiction piece written by Frank Herbert and his two sons. Never had I read Herbert, and I loved science fiction, so this pick intrigued me. Also, it was the only book in English besides a copy of the first Twilight Saga. Gross.

My eyes had eaten 10 pages before my name was called.

“Knight,” said the C.O. who over saw everyone. Obediently I went to where I was being summoned. “Knight? That’s you?”

“Pack up your shit, you’re leaving,” he said with eyes fixed on the paperwork below his ball point pen.

Doing as I was told, the orange I had stowed away slipped out of its hiding place while gathering my county granted property. The C.O. was staring at me. Fuck, I thought, leave it to me to screw this up at the last minute. When I am so close! Fucking orange! Luckily, he turned his head. To my left, an old man was staring at me with hunger in his gaze. In a low key manner, I slipped him the orange and he slipped me a letter.

“Please,” the 60-year-old man begged, “my dog is stuck in a hotel. Please do what the letter says.” Mozart’s Lacrimosa started playing in my head. Suddenly it felt like I was in a scene out of The Big Lebowski–when The Dude is being pulled out of the Big Lebowski’s office by Philip Seymour Hoffman–as the CO pulled me out of the block by my arm and the old man dwindled away saying, “Please. My dog.”

Six hours went by as they processed me OUT of Clark County. I had glanced at the letter the old man had given me, only long enough to see the words “transfer money” before I inconspicuously disposed of the letter in a pile of dirty laundry. By the time I got out, it was already 3 p.m.