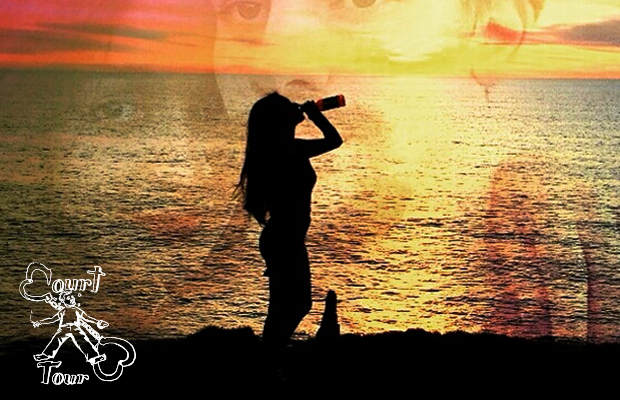 In the criminal justice system, this man has met his match countless times based on two separate yet equally important groups. Whiskey and relentlessness. These are his stories. (DUN DUN)

This story, as many have in our time, starts with a woman. In this case, it was a beautiful Brazilian woman who went by the name of Camila. She had stolen my heart almost immediately on a faraway night when the stars aligned on the ceiling of a dingy bar I tended. Since then, we became very close over the phone. Camila moved around the States frequently for her international program, so phone communication was our only means of communication. Conversations were mostly dictated by the different languages we spoke, causing difficulty in understanding, but love still peaked its head over those broken banks of speech. A river of time had made its path between those rickety banks of what one could call a relationship. Where it was going, no one could tell. Maybe to a vast lake somewhere yonder, with shimmering ripples of new life frolicking on a flawless sky-blue surface. Hell, when I found myself at the end times inevitable river, the result was more mystical than any magical, Frodo Baggins shit lake; I can tell you that much. What can I say, though? Life is a trip.

A visit to Camila in Austin, Texas–where she worked as a nanny for an international program called Au Pair–had taken place three months before our journey begins. On the first night I found myself battling tasers and torture chairs amidst a Williamson County jailhouse, but that my friends, is another story for another time. That trip to jail, nonetheless, plays a great factor in this tale.

After our amazing time in Texas together, after I was released from jail of course, the voice in my heart grew louder, shouting for Camila’s love. A voice I tried to smother beneath a heart’s sheath, a nasty thing I had crafted around my blood pump over the years. It was becoming apparent to me that Camila and I were meant to be together, and this became evermore so real when her warm heart gave me yet another chance after that magical, yet disastrous, visit to Texas. She invited me on a week-long trip; one that her adventuring soul longed for, ever since she entered the states from Sao Paulo, at the end of 2013. Her plan to do so, on the other hand, was fucked.

She wanted to cram countless hours of driving into a seven-day trip. Her plan was to leave San Francisco International Airport in a rental car, drive to Yosemite, stay there for a night and a full day, drive to the Sequoia National Forest right outside of Visalia, camp there for a night and enjoy that for a day. Then she wanted to drive a toiling nine hours to the North Rim of the Grand Canyon, camp there one night, enjoy a day there, and then party in the heart of the American Dream–as the late Hunter S. Thompson dubbed it–Las Vegas. Then somehow make it back to San Francisco International to return the car at 1:00 p.m. on that following Monday. It was absurd.

I thought she was crazy for wanting to embark on this radical journey, but as long as I was with her, I would be happy. Her hand in mine would allow happiness to prevail in any unsettling setting. I really thought she was crazy. However, there is one thing I cannot resist. More than a smoking stick that promises death. More than a free bad idea offered at the bar. More than anything at all. I could never resist a woman who was crazier than me.